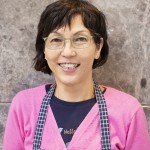 A tireless advocate for the intellectually disabled

In 2011, Maria Sung opened a café to provide employment and vocational training for people with intellectual disabilities. An advocate for equal opportunities, Maria believes each person has something to offer the world.

When her husband passed away, Maria was left to raise her intellectuallychallenged and autistic daughter on her own. Aware of the social stigma and employment limitations she would encounter, she opened a café to provide opportunities for her daughter and others with special needs.

To cut costs, Maria assumed the work of several people at the café: She prepared and cooked the food, received patrons, cleaned, trained staff and managed daily affairs. She worked 10 to 12 hours a day and never took a salary for herself. It wasn’t easy and despite her best efforts, the café fell into debt, prompting her to sell her only property asset to keep it afloat. Still, it was forced to close in 2016.

Relying on a Widows and Orphans pension to get by, Maria refused to give up. A year later, she received funding from the Government to re-open the café as a social enterprise in Cheung Sha Wan.

Today, Maria runs Holy Café Training Centre daily and distributes food to the elderly from the café every Saturday. She is determined to provide a platform for the intellectually-challenged to integrate into society and equips them with skills to live independently. By sharing her experience with schools, churches and through interviews, Maria hopes her story will inspire others to be more inclusive.

Beyond the café, Maria has touched the lives of countless individuals, having worked as a volunteer since the young age of 20. For her, persistence and a kind heart are the recipe for success. She hopes to garner additional funds for Holy Café’s operations, including hiring more special needs staff and developing more roles for them.

Inspiring Hong Kong with her tenacity and spirit, Maria shows how a simple café be a door of opportunity for many. 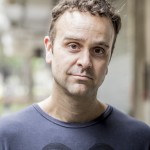 Imparting kindness to the homeless, autistic and down-syndrome communities

Jeff Rotmeyer founded Impact HK and the Love 21 Foundation to care for the homeless, autistic and down syndrome communities in Hong Kong. At the heart of his programmes is his core belief that “kindness matters”.

At Impact HK, Jeff organises 30 Kindness Walks per month where volunteers visit the homeless and offer them food and other daily necessities. Despite having a full-time job, he spends up to five nights per week meeting with the homeless. Under his programme, they are offered life-changing prospects, first with employment opportunities at Impact day centre, followed by housing. Once ready, Jeff will assist them with employment outside the organisation, allowing them to truly stand on their own.

His second charity, the Love 21 Foundation, caters to 40 down syndrome and autistic members. He provides them with a wholesome lifestyle focusing on nutrition and fitness and frequently organises indoor and outdoor activities like football, hiking, dance classes, trampoline and more. His goal is to showcase their talents to the world and in turn inspire them to fulfil their ultimate potential.

Together with over 1,000 volunteers, Jeff currently serves hundreds of homeless in the city. From building friendships to providing healthcare, he not only offers temporary solutions for these communities, but a real chance at building an independent life. 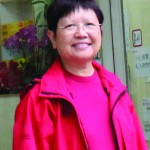 A beacon of support for single parents and their families

A survivor of domestic abuse and a single parent to her daughters, Jessie knows the challenges of raising children alone. She co-founded Hong Kong Single Parents Association (HKSPA) to help other single parents by providing them with various resources and a network of supportive peers.

For 25 years Jessie has attended welfare and educational events, government conferences, established an external network of resources for HKSPA and managed the daily functions of the Association. Her commitment to her cause has helped HKSPA grow from its first centre in 1991 to the six centres it has today. Every year, 300 single-parent households in need receive financial support, career counselling, emotional therapy and secondary child care services from the centre.

One of the greatest challenges Jessie aims to address is the overcoming of stigma associated with single-parenthood. Knowing how it can negatively impact their confidence and self-esteem, the centre provides one-on-one counselling to help parents find strength, self-worth and empowerment within themselves. She has also developed several peer programmes for parents to share their experiences and provide mutual emotional support. The programmes also work to encourage understanding and respect for the plight of single parents from their surrounding communities.

Turning her personal misfortune into a noble endeavour, Jessie demonstrates how a single parent can scale great heights and be both capable and whole. She has successfully campaigned for and achieved governmental financial support and tax exemptions for single-parent households. Recently, she created a support group for single fathers and developed a new career programme for single mothers at HKSPA. Currently, she is working on establishing a centre for alimony in Hong Kong.

The missionary whose love knows no boundaries

Father Bonzi considers Hong Kong his home although he actually grew up in Italy. He joined the seminary at the young age of 12 and moved to the city with the Italian PIME missionary fathers in the late 1960s. Upon his arrival he began working with neglected youth and adults with severe intellectual disabilities.  In 1977 when one of the organization’s leaders, Father Enea Tapella, was killed in a motorbike accident, Father Bonzi was determined to continue his selfless work.

Several months later a Catholic fellow offered Father Bonzi the use of a flat which he quickly transformed into a loving home for persons with disabilities. It was christened the Father Tapella Home (FTH) and became the first of many small group homes which were established under the charitable organization The Society of Homes for the Handicapped (SHH).

Over the next few decades Father Bonzi proved that his commitment and dedication to serving others had no bounds. When the Society was founded they were working with seven people; by 2001 they had placed 1,896 in homes, training centres and hostels. In 1997 they opened the Rehabilitation Centre, a halfway house to support persons with psychiatric disabilities to integrate into the community. Training centres and workshops followed. In January 2001, the Society was renamed the Fu Hong Society (FHS).

Today, Father Bonzi devotes all aspects of his life serving others whether he is volunteering at homes, motivating and nurturing volunteers, fundraising or educating others about people with disabilities. The FHS helps more than 4,000 disabled persons each year.

More recently, he founded and directs the Casa Famiglia Services, a self-financed small group home project, which creates an authentic family home and life for persons with disabilities who are orphans or whose parents are incapable of taking care of them. Father Bonzi has also been a driving force in the founding and development of Fu Hong Best Buddy Hong Kong, to promote one-to-one friendship between persons with and without intellectual disabilities

Comments Off on Previous Winners